If you're manually reversing a malware, or just researching windows kernel internals for whatever reasons. You get the most out of the tool when you use the software in conjunction with WinDbg and kernel debugger.

Purchasing a professional version of the software is recommended if you work for or do at least one of the following tasks, either for fun or profit:

For whatever reasons you may have need to hide the usermode process: UNDETECTED CE. * A DKOM functionality is provided in the tool like a solution for reverse engineering and researching tasks. For example an advanced malware or an anti-cheat may not like the presence of monitoring tools and closes itself when it detects one.


* * *DO YOU NEED A CUSTOM VERSION OF THE KERNEL DRIVER FOR YOUR NEEDS OR OTHER SOFTWARE WORK?

* The kernel page table walk feature allows you to dump pretty much every user and kernel memory page. This functionality enables an unattainable level of analysis and disclosure of information from the kernel memory and makes many things possible such as offline memory forensics analysis for cases you suspect that your computer is infected with a malware or rootkit.

If you get an exception: System.DllNotFoundException: Unable to load DLL 'BeaEngine_5.3.0.dll': The specified module could not be found. (Exception from HRESULT: 0x8007007E). Install above aforementioned package.

The software includes both a signature scanner and a generator for user space processes and the kernel. The generated signature is unique for the process. 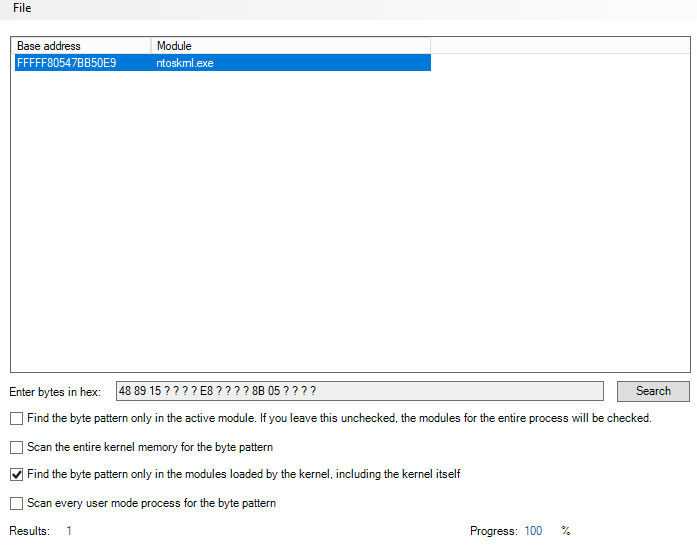 If you need a custom version of the driver. Your driver will be coded with C++ and according to the contract/agreement you may also get the source code of the driver.

The base driver is coded in "C" language and features as follows:

The kernel mode (KM) in the software is an advanced memory viewer mode that enables windows direct kernel object manipulation (DKOM). In this mode the memory viewer can read and write arbitrary kernel memory through the driver (without the need to enable kernel debugging) making the tool a sophisticated alternative to WinDbg.

The "DATA/STRUCTURES" mode is a sophisticated alternative to any competition.

Helps you to understand memory alignment better, what a memory pointer is and how it looks like in process or kernel memory, how structures and primitive data types looks like in computer memory which is crucial in terms of learning a programming language such C#, C, C++.

The debug viewer tool extends fore mentioned functionality to the next level as it can grab the data behind the pointers and you will see the values that changes in the process memory.

Once the code has been analyzed. You will also code execution references in DATA mode as shown in below screenshot.

WHAT IS THE MEMORY VIEWER'S DATA/STRUCTURES MODE?

It is a memory structure analysis mode that attempts to find out the structure of classes in memory without source code, the offsets are automatically applied to a given address. This functionality allows you to restructure undocumented windows kernel structures. 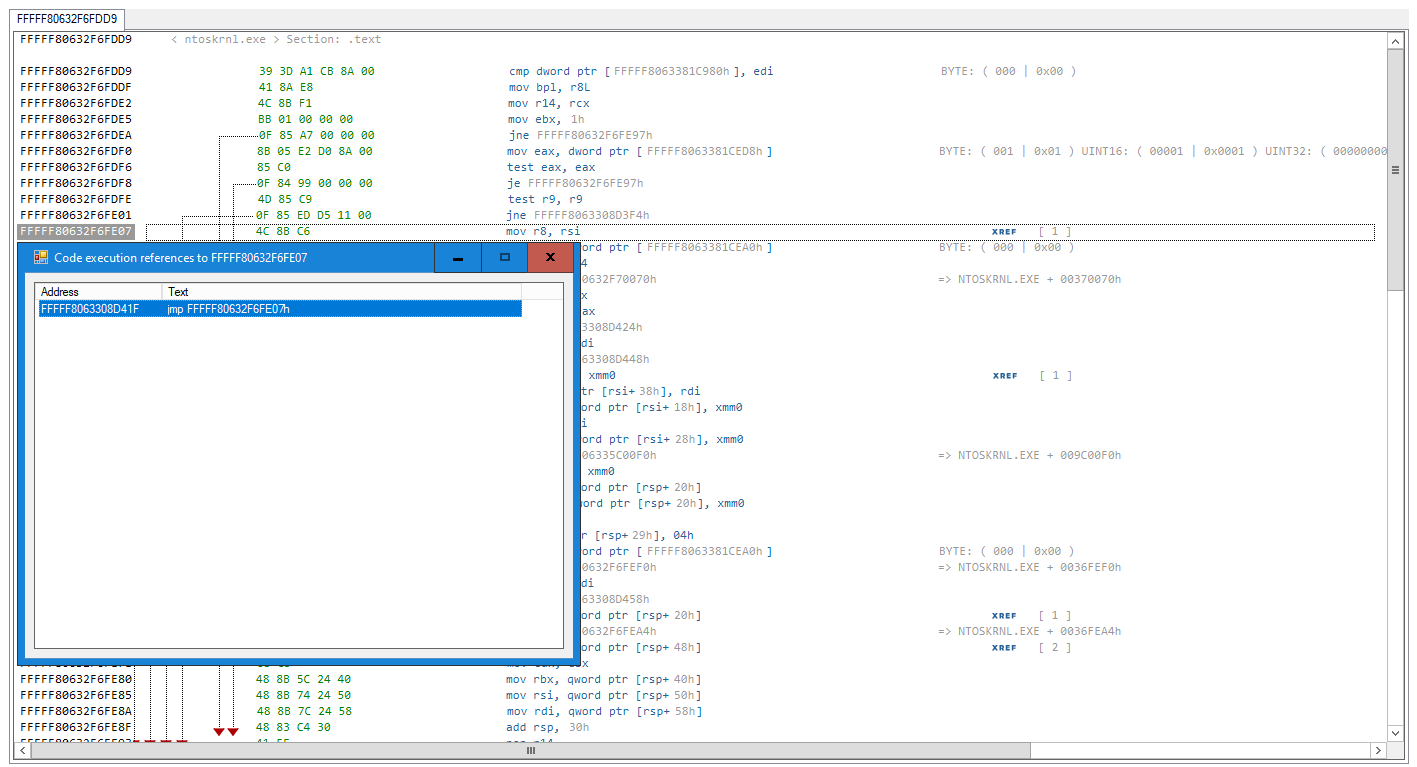 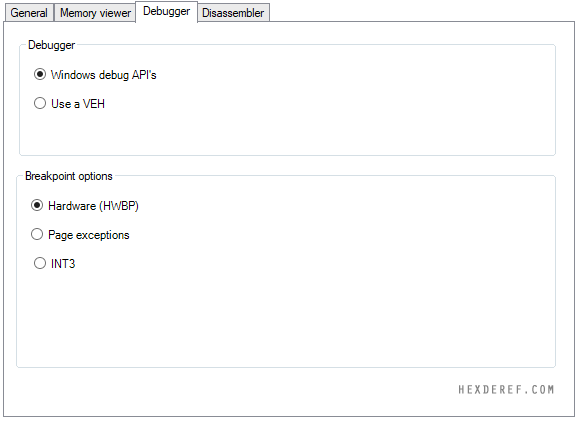 The memory pointer scanner tries to resume from where it left off in other similar softwares. Note the interoperability with the code dissection feature of the memory viewer as you can see the pointers with the code XREF. Custom path scanning enables for a previously an unattainable level of analysis without the need to generate a pointer map. 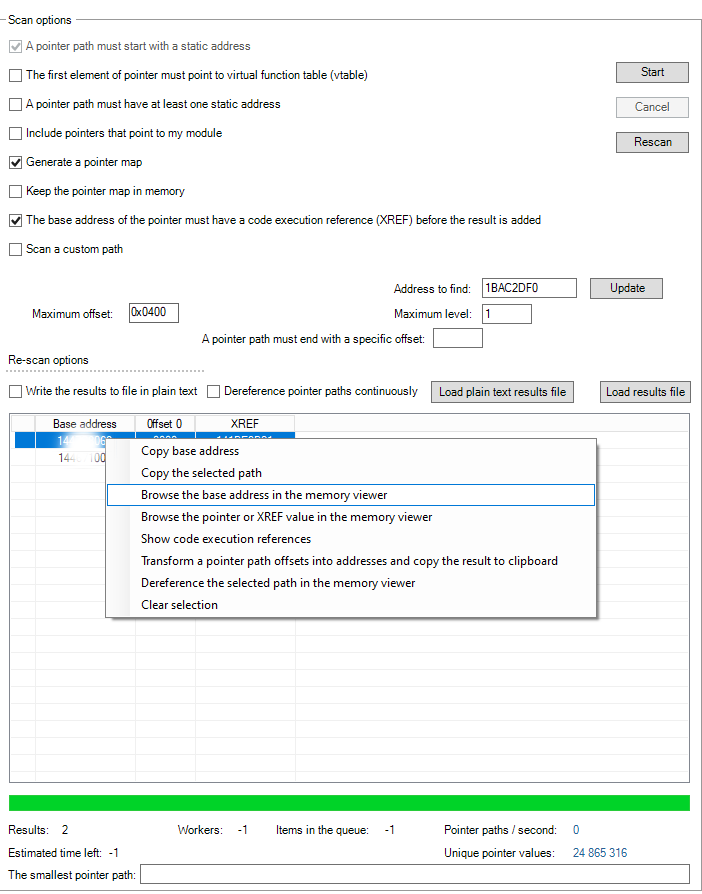 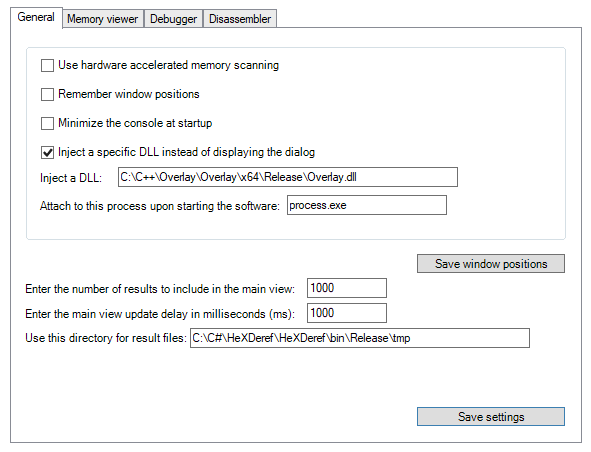 The source code of the software has not been released anywhere (exception to the codes I posted on GitHub). The software is not a port of any existing tool. It has been pretty much written from scratch.

I am self taught coder currently without a daily job. My motto is. If I need to get something done. I will just do it and I am usually very good at what I do. How long you been coding? As of 10/2021:
What you've been doing the past 6 months as of 02/2022?
How long you been hacking and reverse engineering?

I've spent a considerable amount of time researching and coding the software, and the project literally takes all of my free time. Therefore I must ask for a little contribution towards the project. If you cannot use PayPal to support the development of the software. The following cryptocurrencies are accepted: Bitcoin (BTC) and Ethereum (ETH)
The kernel driver is not included in the free version of software. If you host a quality security research related forum or blog, and write related articles. It is possible to get the driver for advertising my site and the software. A sponsor can have their company logo on this site with a backlink. Shoot me an email or PM me (White Byte) in the tool Live Support.

The larger the process is, the more you will benefit off a multi-threaded disassembler ("Analyze the code" feature in a memory viewer).

Sometimes simple is better. Therefore I've implemented probably the most simplest chat in the tool. NOTE: Use the live support in the tool for bug reports and questions. If none is online. Ask a question and check back later.

HEX DEREF software later referred to as "the software", is provided "AS IS", without warranty of any kind, for educational and informational purposes ONLY. In no event will the author be held liable for any damages arising from the use of this software. By using the software the user accepts all responsibility for any and all actions performed.

IF YOU DO NOT AGREE TO THE TERMS OF THIS LICENCE AGREEMENT, DO NOT INSTALL, COPY OR USE THIS SOFTWARE. BY INSTALLING, COPYING OR USING THE SOFTWARE YOU AGREE TO ALL THE TERMS AND CONDITIONS OF THIS AGREEMENT.

Added the following options for Tools−>Search−>Find a sequence of bytes:


* An asterisk in front of a feature means that the feature has been coded, however the user interface (UI) is missing and will be added in a future version


White Byte © 2022 HEXDEREF.COM - DO NOT REPRODUCE CONTENT WITHOUT PERMISSION